KSI: You’re 6”4, I think you are taller than Logan (Paul). I’m still going to the side and hit that body and work you down. 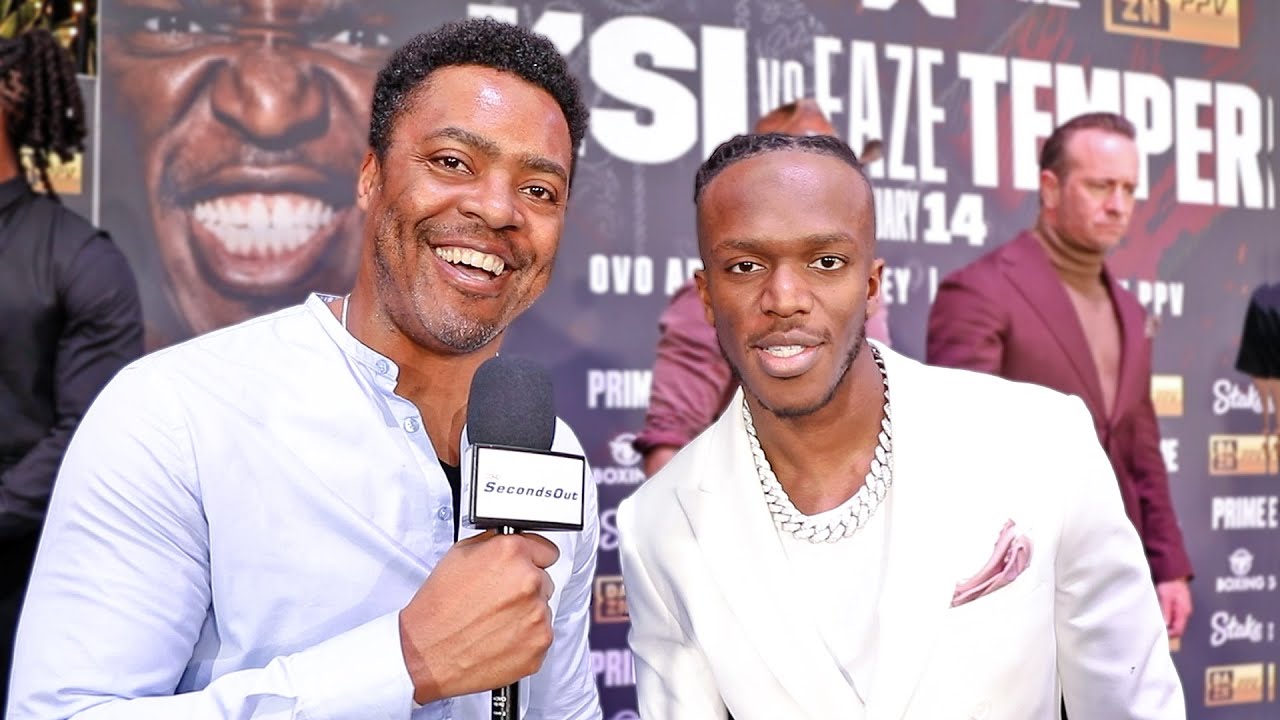 Faze Temper: You will have a hard time getting into my side.

KSI: No, I definitely won’t. It’s great to see Malik Scott helping you train, it doesn’t matter, because your power is going to do nothing to me. I have been fighting people heavier than me in sparring and they have hit me with bombs, and I have yet to be dropped.

Faze Temper: Me vs. Slim was a blessing in disguise because you got to see me fall, and now you think it’s going to be easy work. Its not.

KSI: No mate, you’re tripping. There is no way you are my hardest fight. The people I’ve been sparring in camp have been way harder. Even fighting Logan, that was harder. 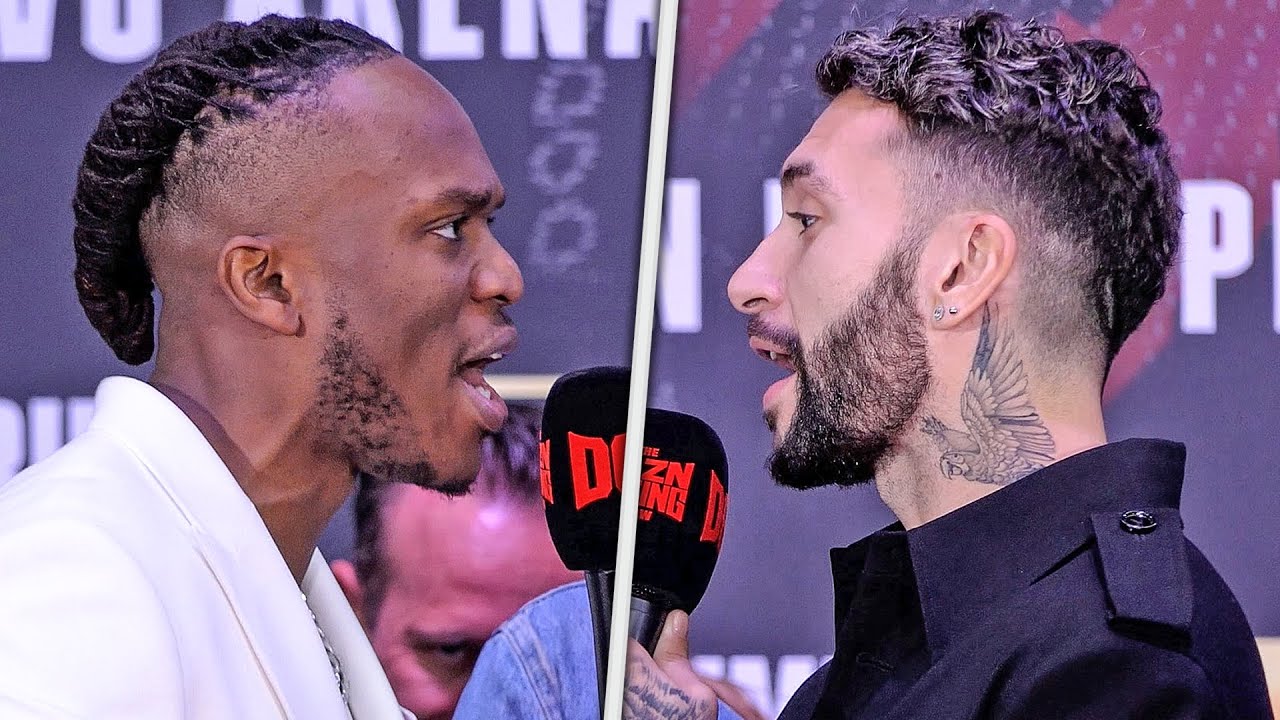 KSI: Logan was better than you.

Faze Temper: You’ve got to get through me first, and that’s not going to happen.

KSI: I will. Have you seen my speed?

Faze Temper: You got heavy-a** feet? You sound like a horse in the ring.

KSI: My footwork is amazing. My power, my aggression, it will be too much. When I get into the ring, I become ‘The Nightmare’ and I become dangerous. I have to make you sleep again. I’m sorry man.

KSI: You’re going to sleep man, and you might not be getting up from this one. I do feel sorry for you, I can see all the doubt coming through. It makes sense, no one wants to see you get hurt. Either way, I respect you for getting in the ring because Dillon Danis couldn’t do that. He’s not a real fighter, you are, but you’re getting knocked out.

Faze Temper: Yes absolutely (I believe I can knock out KSI). Why would I get in the ring otherwise? We didn’t come here for tea and crumpets. 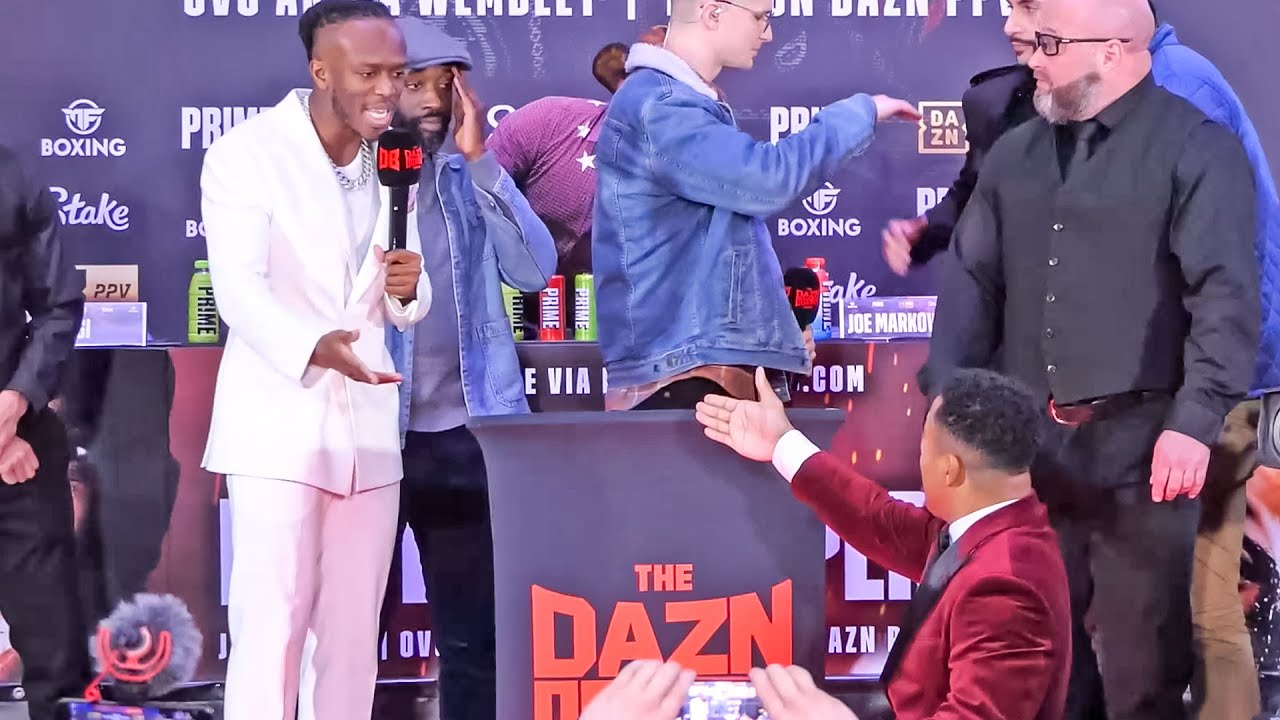 KSI: My prediction? I can do this anyway I want, I’m that confident. If I want to end it in round one then I’ll do it. I’m feeling like ending it in round one. I want to come in and run that pace, drown you brother, and you won’t be able to handle that level. I’m going to have to knock you out in one round.

KSI: It’s not going to be calm. Even in the clinch I’m going to be moving crazy. People don’t like getting in the ring with me because they understand once they see me it’s different. You’re going to find out.

Mams Taylor: The guy was underprepared. In the sport of boxing, you expect people sometimes to pull out from injuries. Things beyond your control can happen. There is no excuse for a fighter to pull out when it is under his control, when he has the opportunity of his lifetime to be on big stage and doesn’t prepare, because of fear and a lack of respect and all these things. Its unforgivable but you know, we move on, we move forward. An applause for Faze Temper because he stepped up. We are excited. We got Faze Temper vs. KSI. Lets go!

Kalle Sauerland: On New Years Eve we saw the fireworks in London, but Saturday night, a sold-out Wembley arena, KSI brings the show. Misfits Boxing is in town, you know you can expect anything. All I can say is forget Dillon Danis and move on to Faze Temper. Very interesting fight. This card is so stacked and when I landed in London this morning, I felt very excited looking through the card again. The thing is, it always builds even more during fight week and just expect complete fireworks on Saturday night. 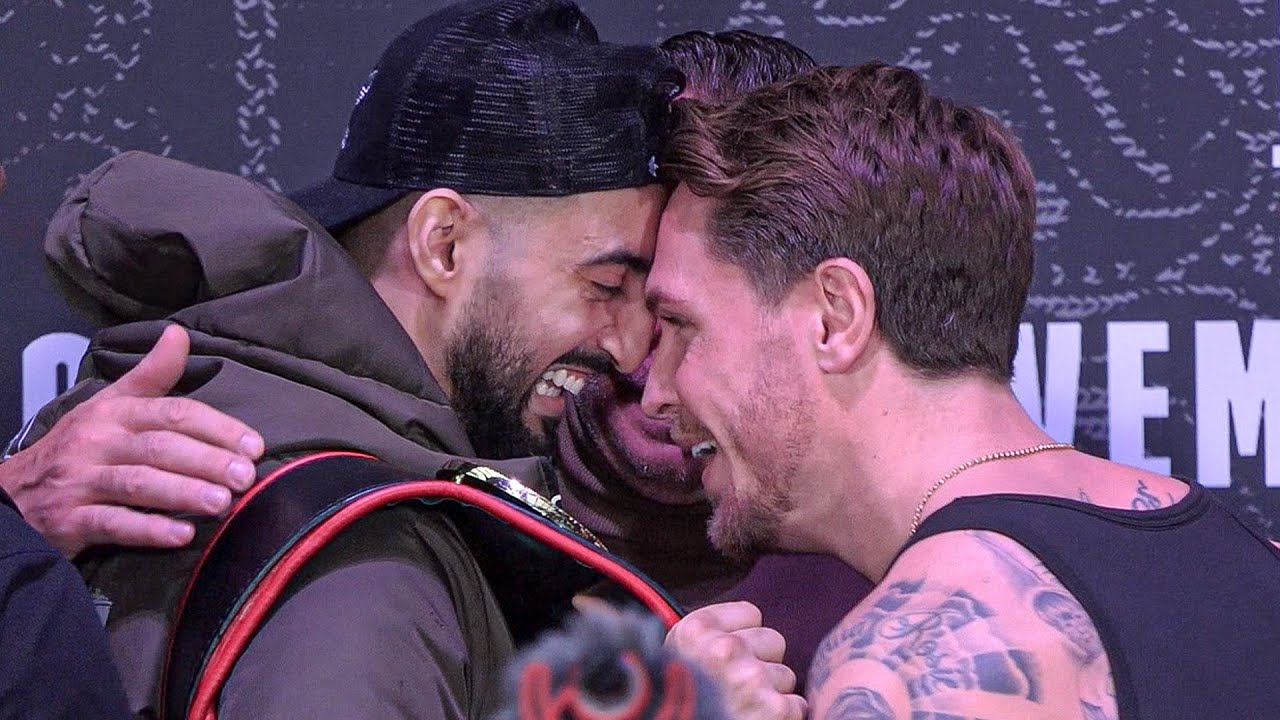 Mams Taylor: At LEAST five more years on DAZN too, we are just getting started. I think we are creating this ever-expanding universe of our own and It’s growing every day. We are getting insane amounts of interest from very credible people in their own professions whether it is actors, actresses, athletes, and obviously where it all started with YouTubers and content creators. We are happy to facilitate and create these story lines and those rivalries, which organically are happening anyway. When you are on Twitter, you get two guys challenging each other out of nowhere and I’m being tagged all the time.

Kalle Sauerland: I have been in this sport 25 years and when you deliver numbers like we have, you’re a hot commodity. DAZN has been a fantastic partner and we are going to grow this together. Misfits is seven months old; we smash records. I believe that the card on Saturday night is the best crossover boxing card bar none. We put the bar very high with the first show in the O2, ‘Two Fights, One Night’, with KSI fighting. When I heard it, I said it’s not possible you don’t do that in boxing, its not possible. It’s unheard of in Boxing and we did it. We went to Sheffield, we went to Austin, Texas, here we are in Wembley, and we are announcing another card in the UK for February. In April we are heading back to the states. It’s ongoing, it’s consistency and it’s great fun. These guys and girls are super fun to work with. I love my traditional boxing space and we have a big fight next week with Chris Eubank Jr fighting. This is so much fun though, so fresh, and the characters in it are second to none. I love meeting all these new people. 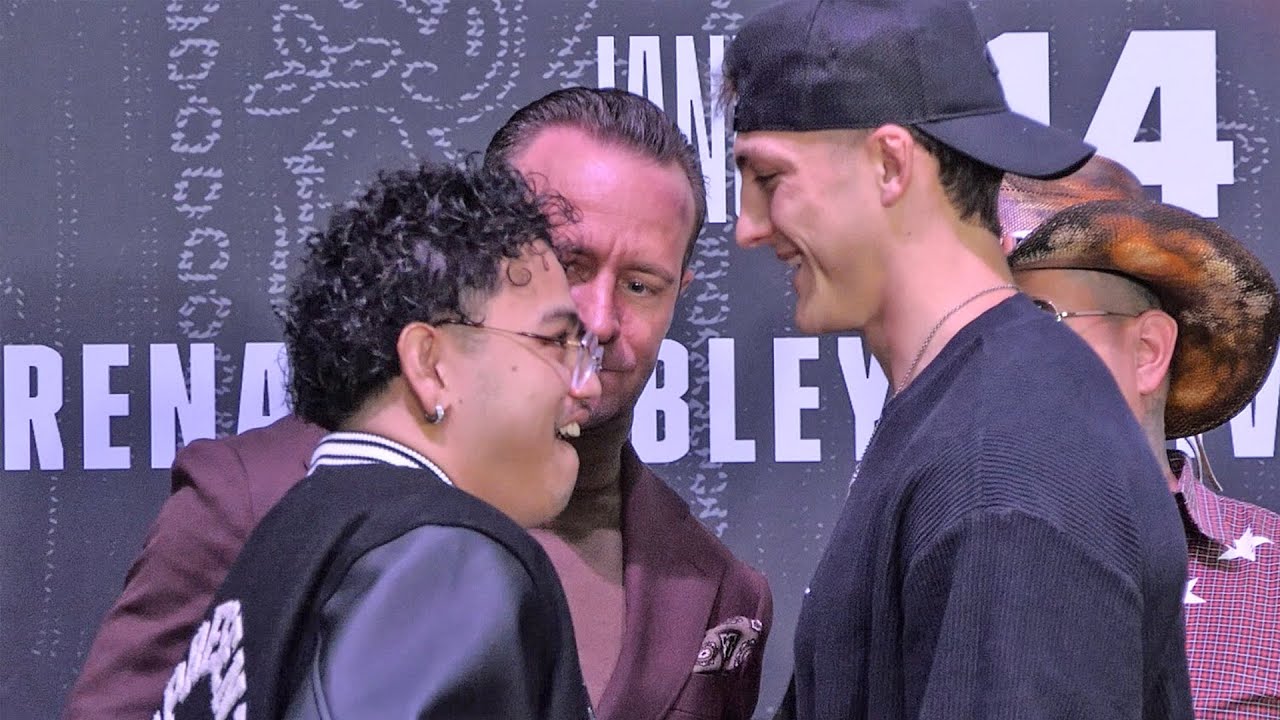